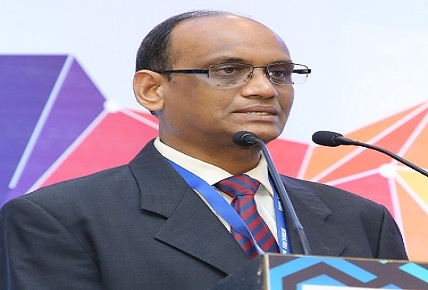 Principal Secretary, Department of IT, BT and S&T

As the first Director of the Department of IT & BT, he spearheaded Asia’s biggest trade shows Bangaloreit.com and BangaloreBio, for three consecutive years, from 2000 to 2003. During his tenure with the Agriculture Department, he was responsible for formulating the Karnataka State Organic Farming Policy, the first such policy in the country.

His primary objective in his position as the Additional Chief Secretary for Electronics, IT, BT and S&T, has been to promote innovation and research in the State by mobilizing startups, academia, and corporates. He is driving strategic initiatives such as Elevate, to provide seed funding to technology start-ups, and Global Innovation Alliances for curated technology partnerships with innovation hubs across the world. He also spearheads the flagship event of the State, the Bengaluru Tech Summit, an annual technology and innovation summit which has reached global recognition under his leadership.

He is also serving as the Additional Chief Secretary to Hon’ble Chief Minister, Karnataka.