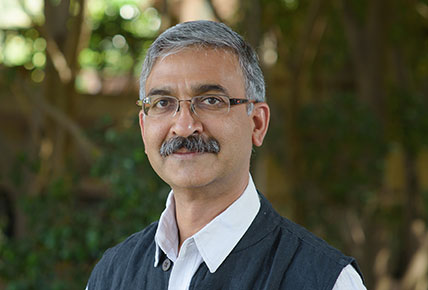 Prof. Satyajit Mayor is a distinguished cell biologist. He has worked on various aspects of trafficking of molecules into and out of cells. Particularly noteworthy is his study of GPI-linked proteins, and the elucidation of nano-scale ‘rafts’ in cell membranes. His work has been recognized by several national and international awards, such as the Shanti Swarup Bhatnagar Award and the Infosys Prize. He has also been elected Foreign Associate of the US National Academy of Sciences.