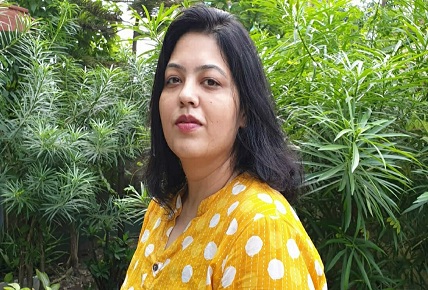 Dr. Garg obtained her Master’s degree in Genomics from the Madurai Kamaraj University, after which she persuaded her PhD in Behavioral Ecology at the National Centre for Biological Science under the guidance of Dr. Uma Ramakrishnan. During her PhD, she combined long-term field-based behavioral data with population genetic data and rigorous statistical modelling to define promiscuity and mating systems of natural populations. She provided one of the rare and earliest evidence of promiscuity in harem forming bats, while also revealing the importance of flexible mating strategies in wild populations. After this she moved to the National University of Singapore and worked on speciation and biogeography of various avian lineages. Her post-doctoral research focused on the effects of Pleistocene glaciations in shaping the avifauna diversity in South East Asia and Australasia using both fresh as well as historical museum samples. Dr. Garg joined IBAB in July 2020 as a Ramanujan Fellow and will be working on the role of mate choice in shaping the speciation pattern of the endemic Rufus horseshoe bat species complex.

Further details are to be found at https://www.ibab.ac.in/research/dr-kritika-garg/