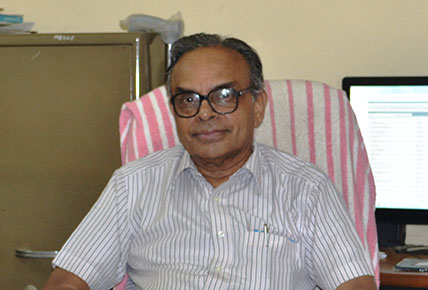 Professor M. Vijayan, an eminent structural biologist of India, who passed away on April 24, 2022 served as a founding member of the Governing Body until last year when he expressed his desire to be relieved, owing to his health condition. He was genuinely pleased when the Government of Karnataka-aided IBAB was established and foresaw a good future for it. His unconditional and enthusiastic support, as the associate Director of the Indian Institute of Science, helped the nascent institute to move ahead confidently, taking bold steps, initiating novel academic programmes in bioinformatics. His desire for IBAB to be moulded as an institution of excellence was evident through his influential efforts for gaining financial assistance to IBAB from local and national agencies. Professor Vijayan readily spared time when required, and forcefully presented IBAB’s case in the Governing Body for adequate financial and other support critical for its uninterrupted academic development. His significant involvement in the selection of the institutional head showed his deep concern for IBAB. His guidance and counsel would be sorely missed.